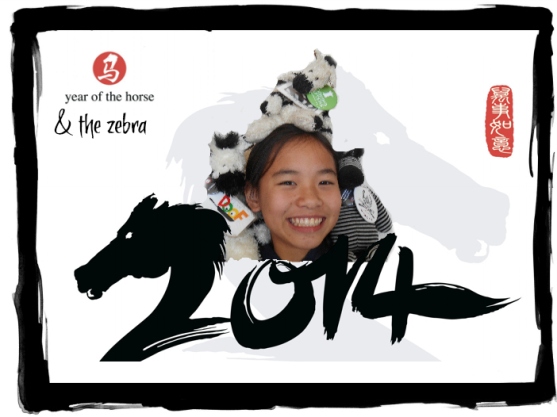 According to an old zebra saying,  friends can make your day—but my friend Grace just made my whole year!

It happened while we were talking about the Chinese New Year—a magical holiday time that falls between mid-January and late-February on the Western (solar) calendar. 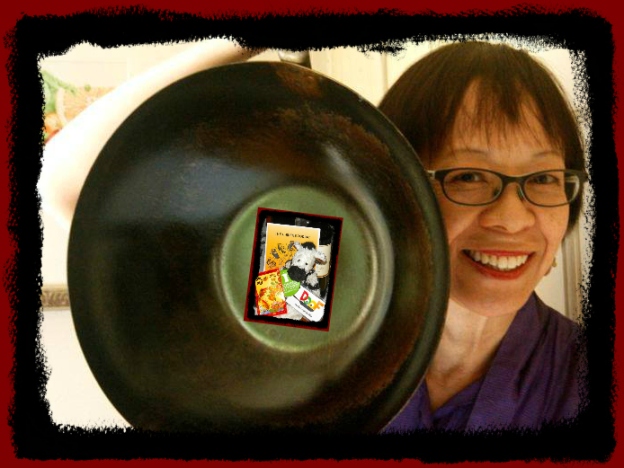 Chinese festivals are dated according to a lunar calendar, which means they’re based on phases of the moon.

This year, New Year’s celebrations started last week (during the new moon) and will end during the full moon with a special Lantern Festival.

According to tradition, each year is identified with one of the animals on the Chinese zodiac–and 2014 is the Year of the Horse. 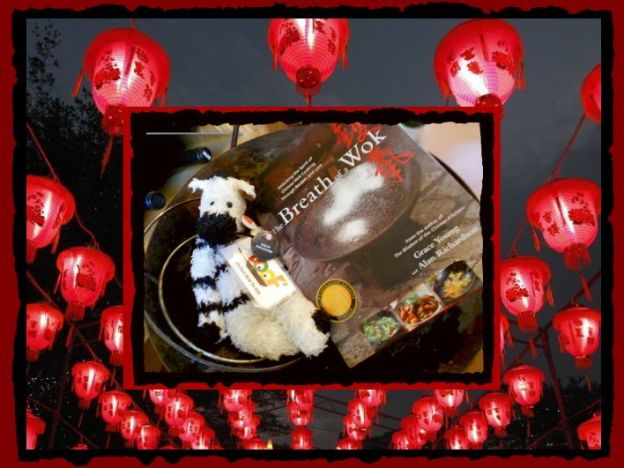 When Grace explained this, something occurred to me.

Since Chinese festivals are very important among families and I’m part of the horse family, I asked if this could also be the Year of  the Zebra. And Grace said it could!

If anyone knows all about Chinese New Year AND how to be a great cook, it’s Grace.  She’s an award-winning author and world-famous cooking teacher (who is every bit as kind and funny and helpful as she is legendary).

You can read about Grace (and check out her recipes and cooking videos) in lots of cool places — I like her own website best of all. 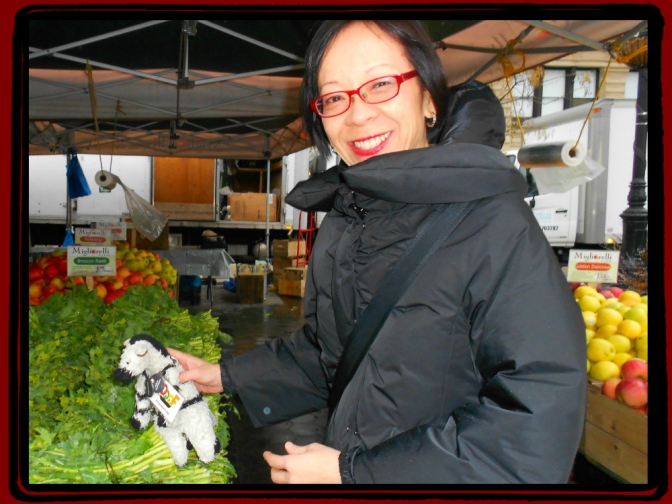 Grace taught me one of the first (and most important) things I ever learned about cooking–always use the very freshest ingredients you can find.

Grace says that the New Year is a time for  new beginnings—and since this is my year, I’ve decided to devote myself to more delicious new things than even the most culinarily adventurous zebra ever imagined.

First on my list: to explore the wonders of Chinese cooking. And there’s no better guide on this whole planet than Grace.

Grace is an explorer by nature (in that way, she’s a lot like a zebra!).

She’s traveled all over the globe interviewing cooks about the amazing things they prepare in their woks. 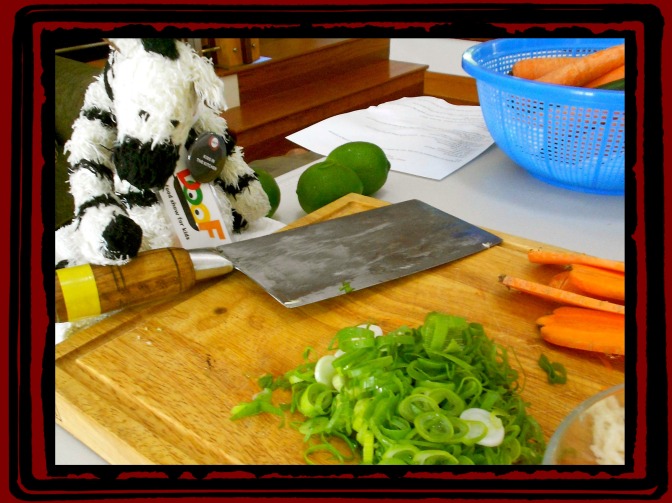 Fresh ingredients are very important in wok cooking, during New Year’s celebrations and all year ’round!

Okay, if you’re a typical American kid, I have a feeling that you may have a question right about now.

And you know what? I bet it’s the very same one my 12-year-old buddy Julianne asked when I invited her to be my companion on my wok adventures.

Well, that’s when we KNEW we really had our work (and wok) cut out for us.

We thought it was pretty funny that woks are Chinese — and Julianne was born in China.

When she was a baby, she was adopted by an amazing American mom, so Julianne has spent pretty much  her whole life in San Francisco.

Thanks to a school where kids study everything in both English and Chinese, Julianne can say (and sing) all kinds of cool things in Mandarin. But “wok” wasn’t one of them! 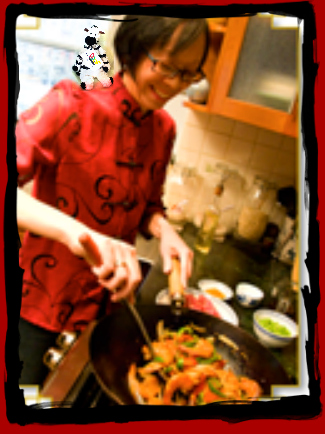 So back to the question: what’s a wok? Basically, a wok is a do-it-all cooking vessel that’s a pot and a pan and pure magic all in one.

A wok has the power to transform even the simplest ingredients into something extraordinary, using only the tiniest bit of fuel.

A wok is happy to help you cook with all kinds of local and global flavors–and help you create unique flavor combinations that have a special meaning to you and your family and friends.

In many parts of the world, woks have been a way of life for about 2000 years.

When you share a meal that’s been prepared in a wok, there is a feeling of connection–and the warmth and gratitude that comes from enjoying truly great food with people you love. 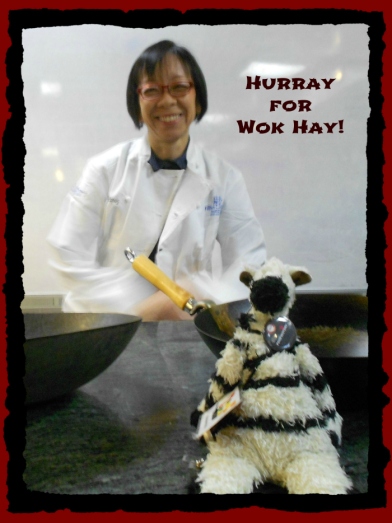 Grace explains that when you cook in a wok, the foods you prepare take on special flavors that can’t be achieved any other way. There’s even a Chinese expression  “wok hay,” which means “the breath of a wok.”

That’s a poetic way of describing the uniquely magical taste that foods have RIGHT after they’ve been stir-fried in a wok.

It’s the heavenly taste of freshness and fire and a mastery of cooking, presented to you like a gift in every succulent bite.

Wok hay is kind of like the rich, savory, sizzling goodness of food that’s hot off the grill — there’s nothing else like it! 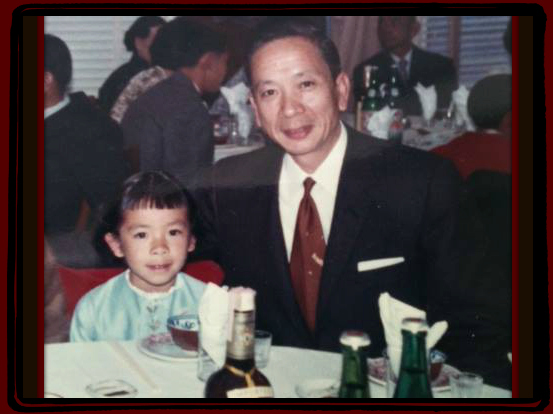 This is Grace as a little girl, with her dad, Baba (Delwyn Wah Yen Young).

Grace says that, when she was a little girl growing up in San Francisco, her dad (whom she called Baba) knew all the great chefs.

When her family was eating at a Chinese restaurant, Baba didn’t order using the menu. Instead, he would talk to the chefs to choose what was the very best to eat that day–and they would make sure that Baba got extra wok hay!

Baba would always ask for a table as close to the kitchen as possible. That way, the family could share the magical breath of the wok when it was at its most powerful.

Wok hay is the spirit of Chinese cooking. Baba knew how to achieve it–and today, that same joyful spirit is inside Grace.

These photos share the story of Grace’s family – you can see them (and lots more) on her website: GraceYoung.com

So far, the closest I’ve come to creating my own wok hay was at a super-fun party called Wok-a-Palooza, where a bunch of culinary historians, writers and other food lovers got together to cook all kinds of traditional foods in a wok.

If you’re a kid (or a zebra), stir-frying is something you absolutely need an adult’s help with. Since I’m a total beginner, I didn’t actually try stir-frying in a wok– I just watched very closely. Here’s a taste of what I saw:

Next, to find out even MORE about wok cooking, Julianne and I joined Wok Wednesdays, which is a super-fun online group of people who are cooking their way through the recipes in Grace’s book, “Stir-Frying to the Sky’s Edge.”

Some cooks are experts, some are total beginners–and others are somewhere in between.

What we all have in common is wanting to learn how to cook in a wok. Everyone helps each other–and Grace herself will answer questions and help guide wokkers through tricky parts (like stir-frying with hooves).

The great thing is, anyone who’s curious about wokking is welcome to join in the fun (including zebras).  We hope you will, too! To learn more about Wok Wednesdays, please check out their website and Facebook group. 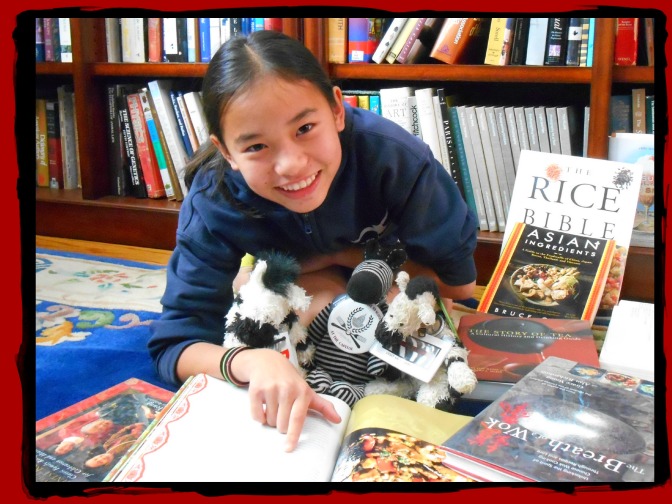 By this time, Julianne not only knew what a wok was — she was super-excited to try cooking with one. And so was I!

The only thing is: we don’t have a wok. But are we going let it stop us from experiencing wok hay? No way!

Grace says that the Chinese New Year is a great time to buy a wok, because a new wok symbolizes fresh beginnings and a new life of healthy eating.

Well, since Julianne and I have never cooked in a wok before, the brand-new adventure of choosing our very own woks seems especially lucky for the Year of the Zebra.

And you know what’s even luckier? The best wok store in the whole world is right near where we live!

Next on our journey of wok discovery: a visit to the Wok Shop in San Francisco — wok hay, here we come!!!! 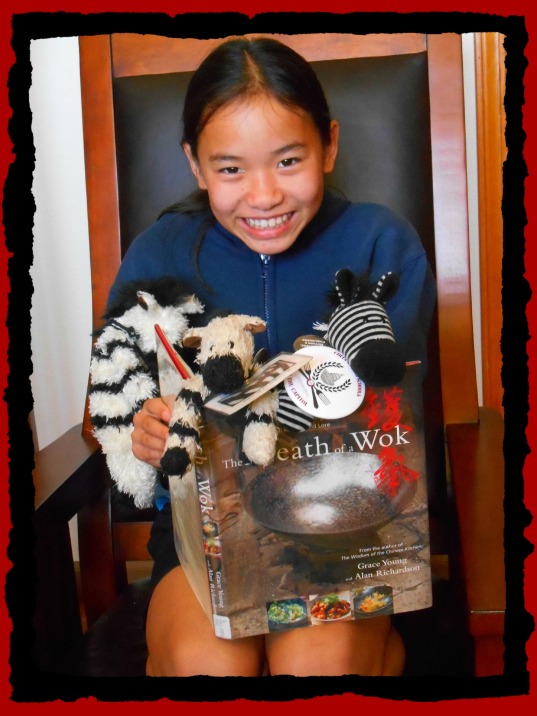 3 thoughts on “Grace Young & ZeYear of the Zebra” 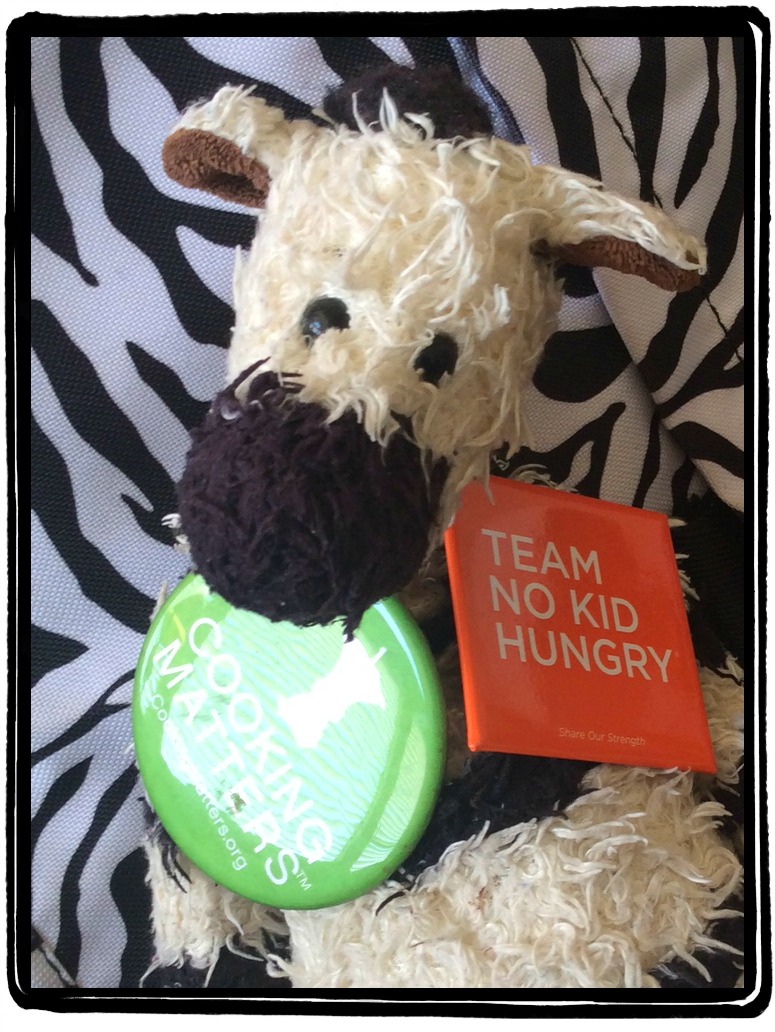 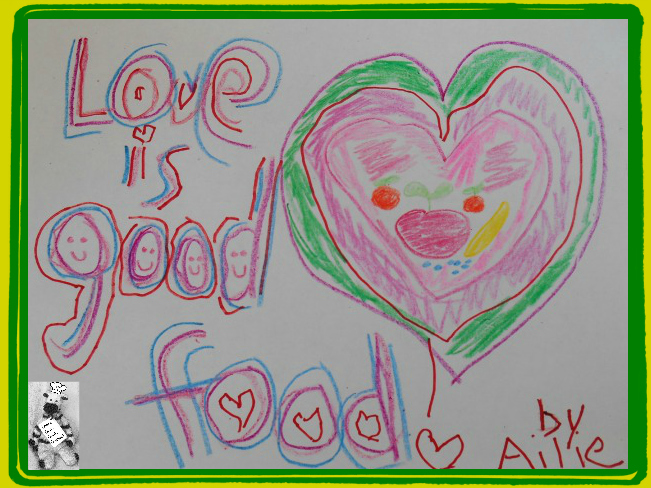 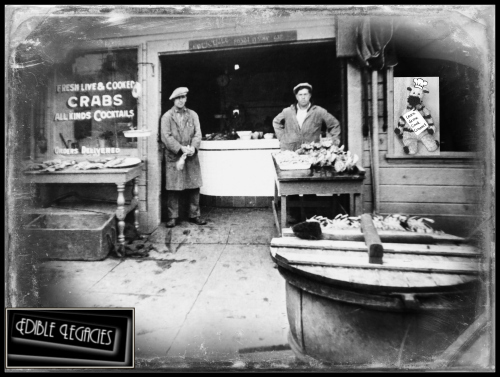 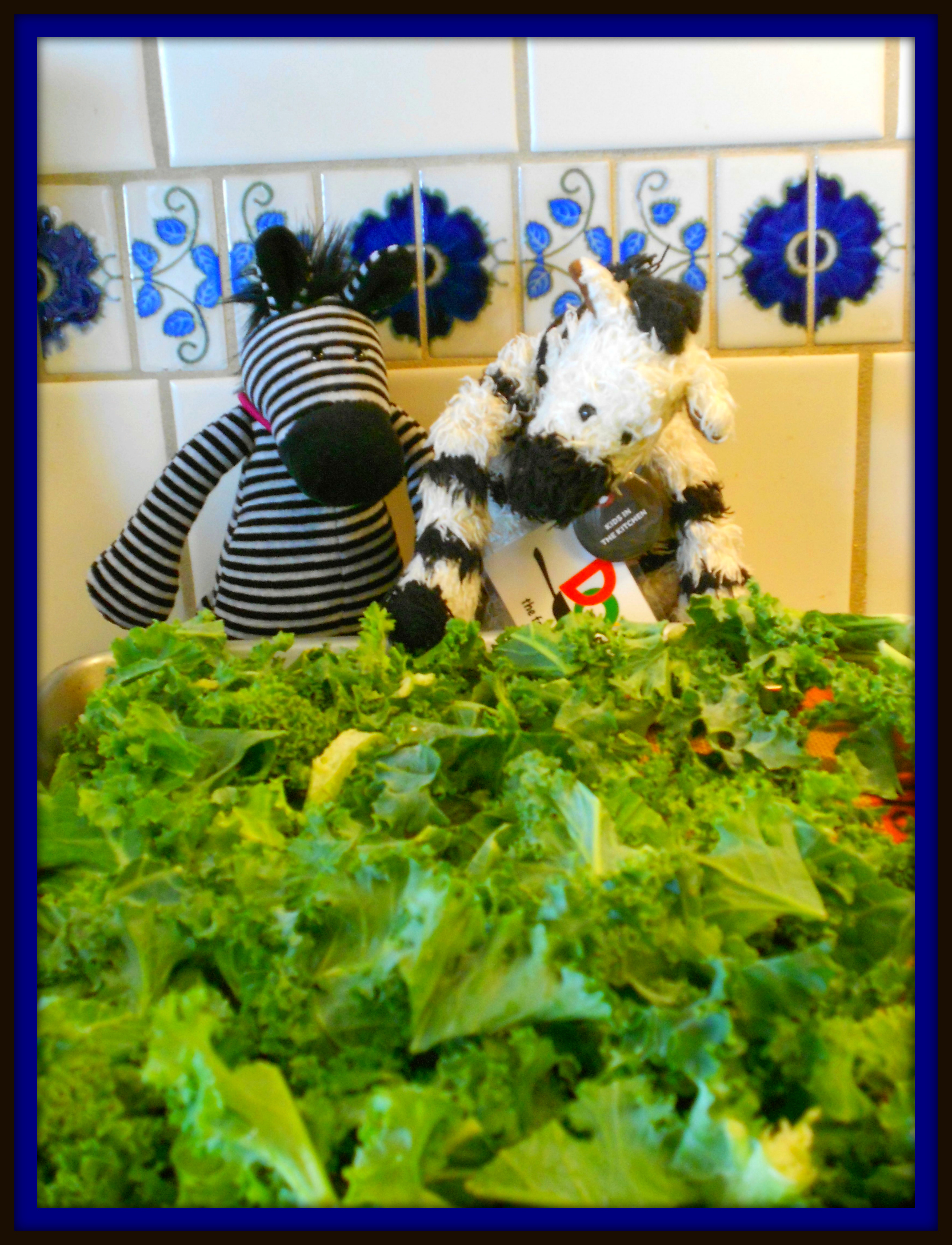 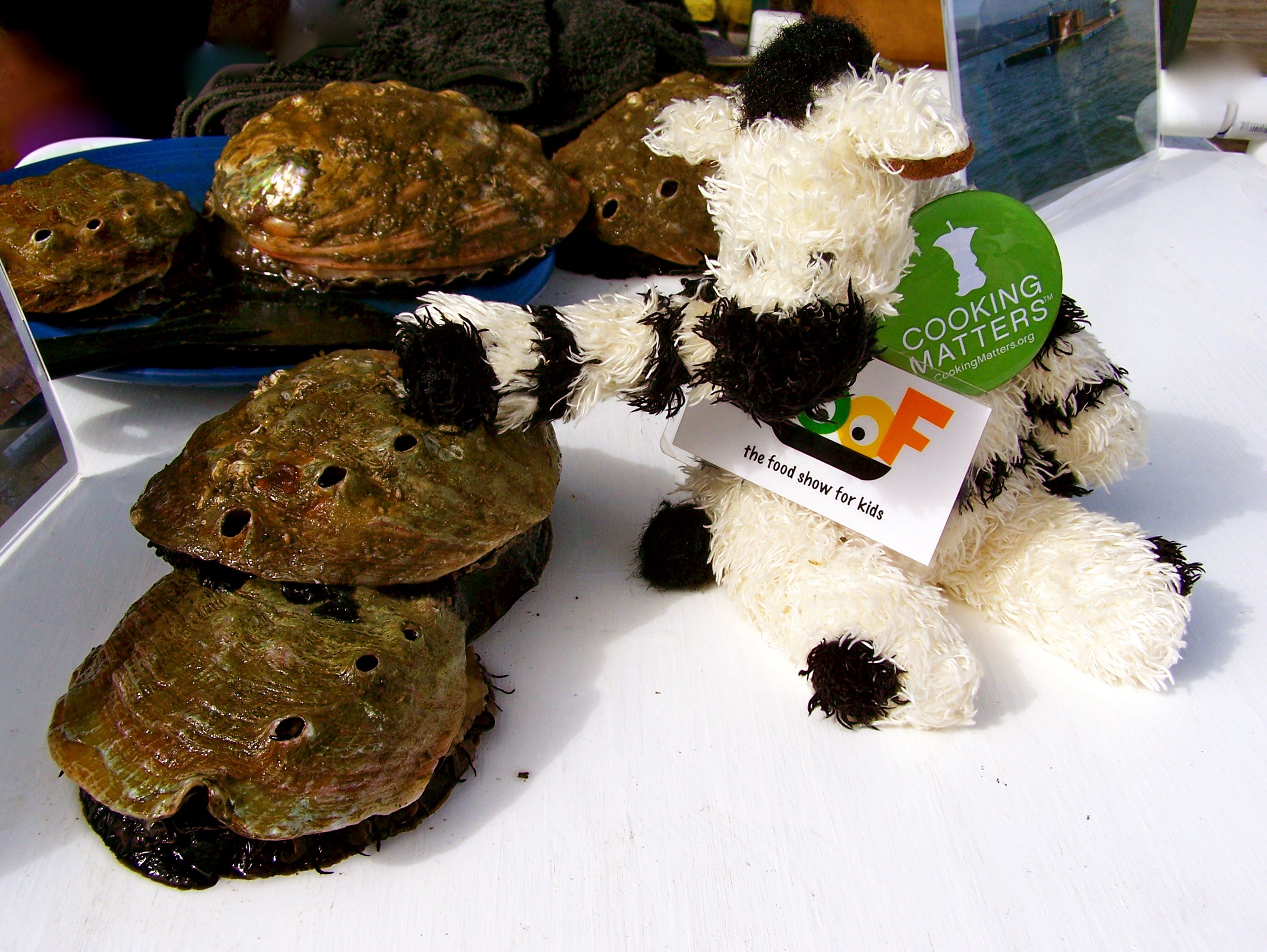 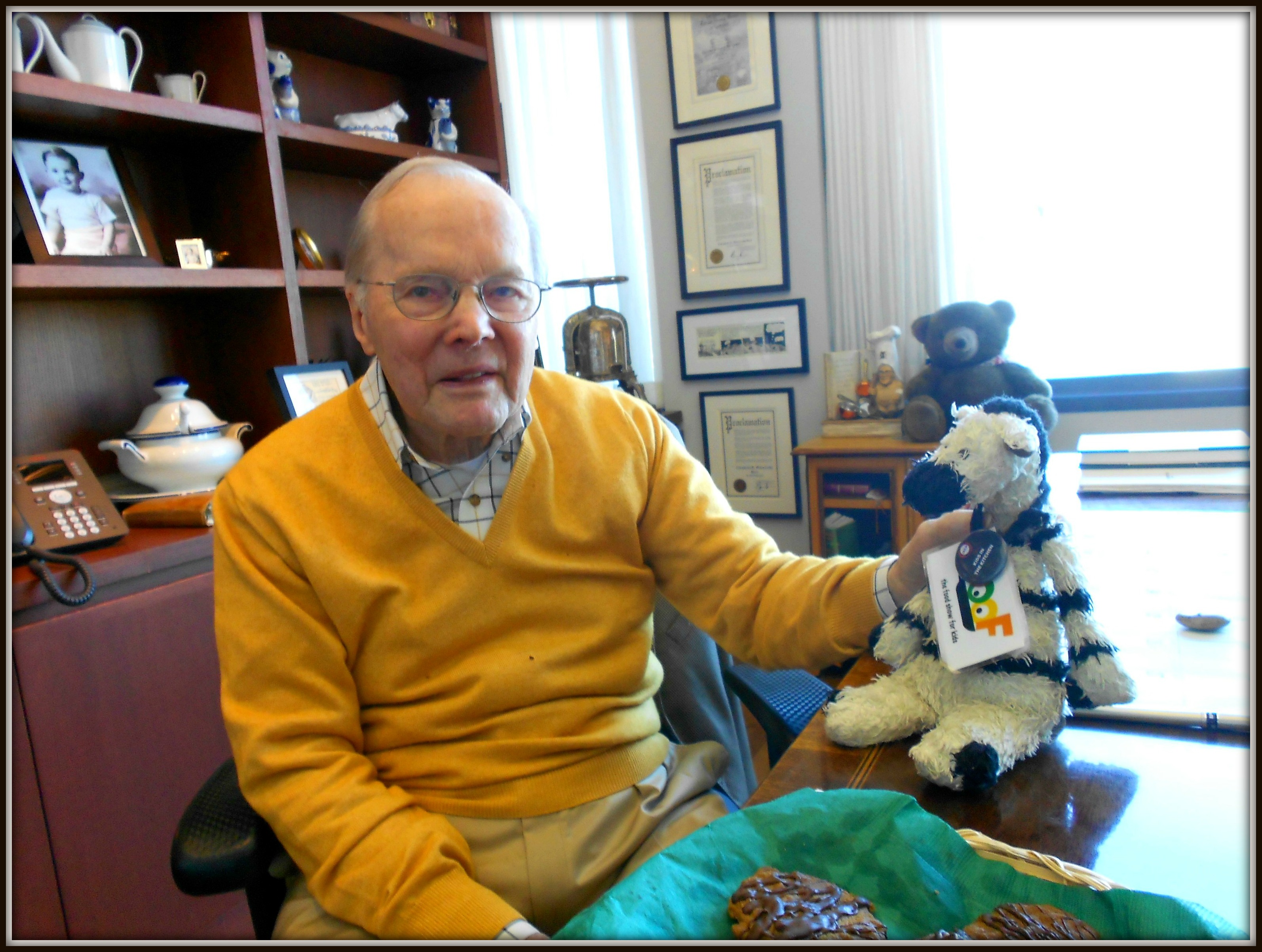 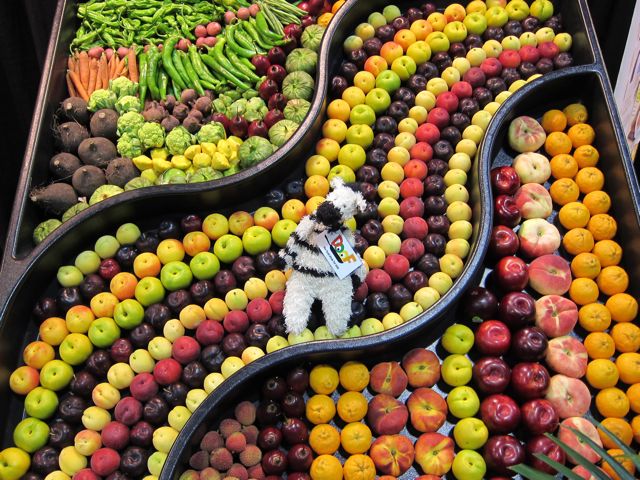 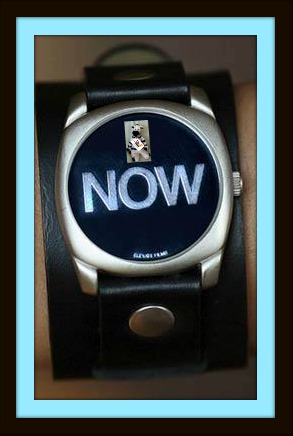